Our season finale features an inaugural collaboration with the Gilmore Keyboard Festival as we showcase Elliot Wuu playing Chopin’s First Piano Concerto. The program opens with a newly commissioned work by Jackson native Marcus Norris that will celebrate and commemorate the post-pandemic future. Composed nearly 90 years ago for the Chicago Symphony Orchestra, Florence Price’s First Symphony will close our season.

PRECONCERT CONVERSATION
Join us for a free, interactive lecture before the concert at 6:30pm. Saturday only.

POST CONCERT Q&A SESSION
Join us after the show for a free Q&A session with our guest artists. Friday & Sunday only.

Marcus Norris
TBD
Marcus Norris’ first foray into making music came in the form of producing rap beats on pirated software, installed on a Windows 98 computer that he Macgyvered together from spare parts while laying on the floor of his childhood bedroom. Though he came to composing concert music later, he transferred that same imagination and ingenuity to writing music of all kinds.

Fryderyk Chopin
Piano Concerto No.1, op.11, E minor <1830>
Elliott Wuu, piano
The Piano Concerto No. 1 in E minor, Op. 11, is a piano concerto written by Frédéric Chopin in 1830, when he was twenty years old. It was first performed on 11 October of that year, at the Teatr Narodowy (the National Theatre) in Warsaw, Poland, with the composer as soloist, during one of his “farewell” concerts before leaving Poland.

Florence Price
Symphony No.1, E minor <1931–1932>
The Symphony in E minor is the first symphony written by the American composer Florence Price. The work was completed in 1932 and was first performed by the Chicago Symphony Orchestra under the conductor Frederick Stock in June 1933. The piece was Price’s first full-scale orchestral composition and was the first symphony by a black woman to be performed by a major American orchestra. 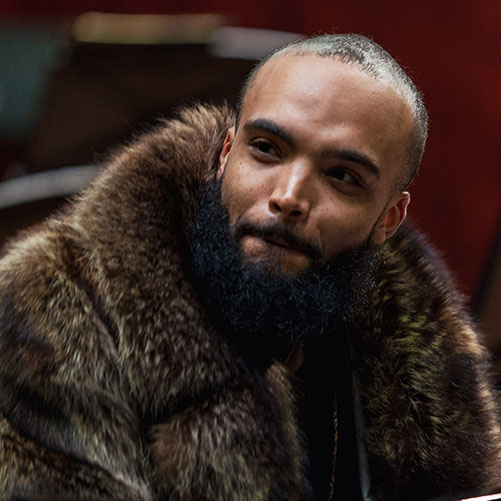 Marcus Norris’ first foray into making music came in the form of producing rap beats on pirated software, installed on a Windows 98 computer that he Macgyvered together from spare parts while lying on the floor of his childhood bedroom. Though he came to composing concert music later, he transferred that same imagination and ingenuity to writing music of all kinds.

More
Marcus has been called a “New Musical Talent in our Midst” by Chicago’s N’digo Magazine, and has made a number of achievements, including being awarded the prestigious Cota-Robles fellowship for pursuing his PhD at UCLA, being chosen in 2020 for the LA Philharmonic’s National Composers Intensive, and in 2017 winning 1st prize in the Southeastern Composers League Competition. His violin concerto “GLORY” opened to three sold-out performances when premiered by the Jackson Symphony Orchestra in 2019, and then was subsequently performed in Guangzhou, China later that year. His Dance Suite “I Tried So Hard for You” premiered in Havana in 2018, closely following the Russian String Orchestra premiere of “My Idols Are Dead” in Moscow. In 2020 he founded South Side Symphony – the only orchestra that would perform “Back That Thang Up” on the same concert as Beethoven. 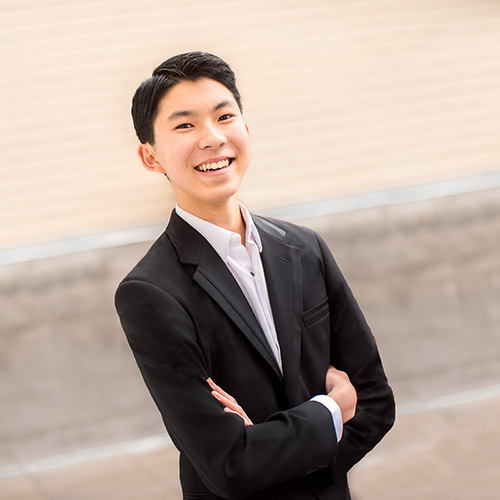 Praised for his “power, speed and finesse of artists twice his age” (Tribune Star), 19 year-old Young Steinway Artist Elliot Wuu has captured audiences with colorful tones, sensitive musicality and emotional depth in his music. Wuu was named as a 2018 Gilmore Young Artist, one of the most prestigious award bestowed every two years to two young pianists up to 22 years old.

Wuu has performed in major venues in the U.S., France, Italy, Germany, United Kingdom, Poland, Romania and China. In NYC, Wuu performed at the United Nations Headquarters in the presence of Secretary-General Ban Ki-moon, at the WQXR Greene Space, and at Carnegie Hall for the Grammy’s Salute to Classical Music concert. Other notable concert performances were at Fondation Louis Vuitton in Paris, Gilmore International Keyboard Festival, Aspen Festival, Ravinia Festival, Hilton Head Bravo Piano Festival and Chopin Foundation of the United States. In 2013, Wuu was selected as one of the twelve young pianists from around the world to participate in the Inaugural Lang Lang Junior Music Camp in Munich, Germany, where he performed and worked with Lang Lang in concert and masterclass. Wuu was also featured on the NPR’s From the Top and WQXR’s Young Artists Showcase radio programs.

Born in Fremont, CA, Wuu began piano studies at the age of six. Throughout high school years, Wuu was a music scholarship student studying piano with Yoshikazu Nagai at the San Francisco Conservatory Pre-College, as well as at the Valley Christian High School Conservatory of the Arts. His previous teachers include Jed Galant and Rose Chen. Wuu is currently studying piano performance at The Juilliard School, under the tutelage of Robert McDonald.