The second concert of the season presents works by composers with a progressive voice. Our first half features music by two female composers including the World Premiere of Audrey Kelley’s Speakeasy written in honor of the 100th anniversary of the 19th amendment and the American premiere of Fernande Decruck’s Harp Concerto with JSO Principal Harpist Chen-Yu Huang. The second half showcases Berlioz’s Symphonie Fantastique. Berlioz used unique instrumentation to depict the story of an opium-induced dream.

Audrey Kelley
Speakeasy (2020)
Written in honor of the 100th anniversary of the 19th amendment, which guaranteed women the right to vote.
Fernande Breilh-Decruck
Concerto for Cello and Orchestra
Chen-Yu Huang, harp
Jeanne Delphine Fernande Breilh-Decruck was born on December 25, 1896 in Gaillac, a town in southwest France, where her father Ferdinand was a merchant. At eight years old, she entered the Toulouse Conservatory where she won first prize in music theory (1911), first prize in piano (1913) and a second prize in harmony (1917).

Hector Berlioz
Symphonie Fantastique Op. 14
Symphonie fantastique: Épisode de la vie d’un artiste … en cinq parties (Fantastical Symphony: Episode in the Life of an Artist … in Five Sections) Op. 14, is a program symphony written by the French composer Hector Berlioz in 1830. It is an important piece of the early Romantic period. The first performance was at the Paris Conservatoire on 5 December 1830. Franz Liszt made a piano transcription of the symphony in 1833 (S. 470). 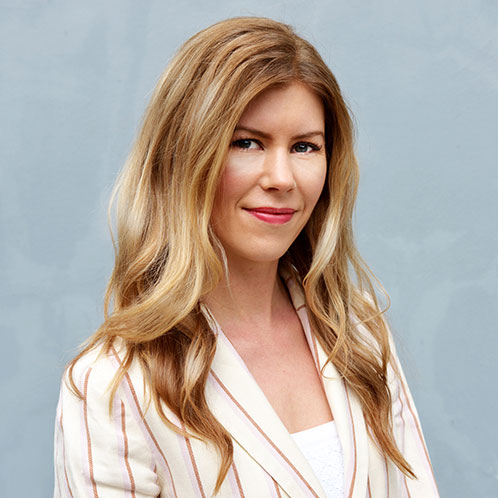 Audrey Kelley (b. 1982) is a Michigan-based composer, teacher and arts presenter. As a composer she has collaborated with visual artists, choreographers and filmmakers on projects ranging from textile installations and music theatre works, to modern dance and animation. Her commissioned works have been presented by the Bellingham Electronic Arts Festival (BEAF), Sitka Music Festival, and FireHouse Performing Arts. Her first instruments included her father’s harmonica, mother’s guitar, and grandparents’ electric organ. She traded those in for the piano and clarinet because of all the instruments, it looked the most complicated.

More
Audrey spends each summer in her birth state of Washington working at the Bellingham Festival of Music as Festival Coordinator and Guest Artist Coordinator. This season, she helped program a concert series celebrating the 100th anniversary of Women’s Suffrage with music and appearances by some of the most noted voices in the field.

With the encouragement of her own private instructor, Audrey began teaching music at the age of 16 and has never stopped. Audrey earned her bachelor’s and master’s degree in music composition from Western Washington University. During the academic year Audrey resides in Ann Arbor where she composes and teaches a private studio of piano, clarinet and composition students. She has also taught university composition, orchestration and theory courses. Though she alternates between teaching, presenting, and composing, Audrey maintains that each of these components of music are, at their core, creative endeavors. 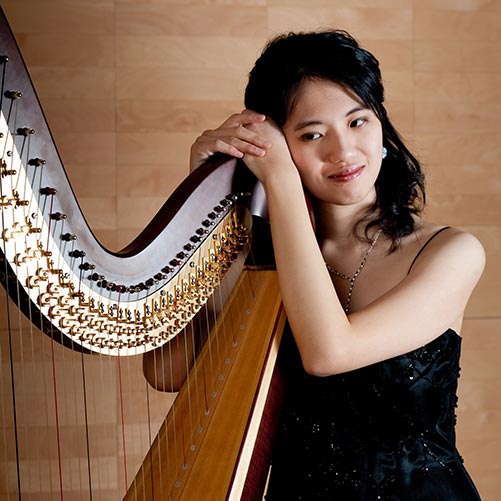 Known for her charisma and virtuosity, Chen-Yu Huang has performed in festivals, conferences, and judging competitions in Europe, Asia, and throughout the United States. She is current the harp professor at Michigan State University and the Principal Harpist of Ann Arbor Symphony Orchestra and Jackson Symphony Orchestra. Her past honors included the Krannert Debut Artist Award and Kate Neal Kinley Memorial Fellowship, of both prizes she is the first harpist ever to be awarded.

More
Born and raised in Taiwan, Chen-Yu started piano at four and harp at twelve. After getting her Bachelor in piano performance at National Taiwan Normal University. She realized her love of playing with ensembles and pursued her graduate degrees in harp performance at the University of Illinois at Urbana-Champaign, where she held teaching assistantship and obtained a Master of Music, Artist Diploma, and Doctoral of Musical Arts under the instruction of Dr. Ann Yeung. Before coming to the U.S., she studied harp with Shannon Chieh, Chi-Mei Hung, and Bi-Ya Lin in Taiwan.

As an enthusiastic teacher, Chen-Yu is most passionate about inspiring students to realize their highest potential and forge their own paths. She was on faculty at the Blue Lake Fine Arts Camp and founded the Community Music School Harp Ensemble. She also hosts annual Harp Day at Michigan State University. As the former president of the West Michigan Chapter of American Harp Society as well as directors-at-large of National American Harp Society, she is committed to promote the instruments and outreach in the community.

Chen-Yu is dedicated to expanding repertoire for the harp. She has worked and praised by many composers, including Pulitzer Prize and Emmy Award winner Michael Colgrass (“excellent work”), Grammy nominee Zhou Tian, Stephen Andrew Taylor, and John Mackey. She also loves arranging music for harp and with other instruments. Her arrangements are published by HappyStringMusic.

An avid chamber musician, Chen-Yu has played with the innovative modern harp quartet HarpCore4. She also formed Jubilee Duo with harpist Molly Madden and Accorda Trio with violinist Fangye Sun and cellist Daniel Tressel. In 2016, she joined Formosa Trio with flutist Pei-San Chiu and violist Tze-Ying Wu, and released their first album The First Impression (“invites us not just for a ride, but on an adventure, requiring all senses”- Harp Column), which also includes several her arrangements.