Costumes, candy, and more! Your little ghost or goblin will help haunt the Michigan Theatre for the Jackson Symphony Orchestra’s Halloween Children’s Concert. This exciting program features frightfully fun symphonic music perfect for young eyes and ears. The entire family is invited to dress up in their favorite costume along with our musicians to enjoy “boo-tiful” music! This concert is a wonderful chance for you to introduce your children to the wonders of live orchestral music. Don’t forget to enter your kiddos in our costume contest when you arrive!

Johann Sebastian Bach
Toccata and Fugue in D Minor, BWV 565 (orch. Lucien Cailliet) <1967>
One of the most commonly known spooky pieces in classical music, this composition has been in countless movies and TV shows to set a scary tone including Disney’s Fantasia and Phantom of the Opera. You’re sure to recognize this piece the moment it begins. Read more
Modest Mussorgsky
Night on Bald Mountain (arr. Rimsky-Korsakov) <1866–1867; rev 1872; 1880>
This piece was inspired by the image of witches gathering atop a mountain. Mussorgsky wanted this composition to paint a picture of that scene for listeners. Although it is one of the more popular spooky Halloween songs now, it didn’t quite gain popularity until it was featured on Disney’s Fantasia. Read more
Danny Elfman
Music from Spider-Man <2002>
Spiderman fans and movie goers will recognize the theme music from the 2004 movie. Composer Danny Elfman is also known for his work on the scores of the Nightmare Before Christmas, Edward Scissor Hands, and Batman. Read more
Camille Saint-Saëns
Danse Macabre, Op. 40 <1874>
Danse Macabre or Dance of the Dead, was inspired by the legend that at Midnight on Halloween, Death would wake the spirits to come out and dance. The song begins with a hard striking the same note twice like a clock at midnight and then the dance begins! Read more
John Williams
Hedwig's Theme and Harry's Wondrous World (from Harry Potter) <2001>
One of the most iconic pieces of music from the Harry Potter series written for the snowy owl that opens most of the films. This score was written by John Williams who is known for his many iconic film scores including Jurassic Park, Indiana Jones, and Star Wars. Read more
Hector Berlioz
Symphonie Fantastique, Op. 14: IV. March to the Scaffold (arr. Anthony Carter) <1830; rev. 1973>
Berlioz claimed to have written the fourth movement in a single night, reconstructing music from an unfinished project, the opera Les francs-juges. The movement begins with timpani sextuplets “The first quaver of each half-bar is to be played with two drumsticks, and the other five with the right hand drumsticks”. The movement proceeds as a march filled with blaring horns and rushing passages, and scurrying figures. Read more
Edvard Grieg
In the Hall of the Mountain King from 'Peer Gynt Op. 46' <1875>
Composed to accompany the play Peer Gynt, this particular piece paints a picture of a chase scene. The music gets faster and louder as mountain trolls chase after the title character. Read more 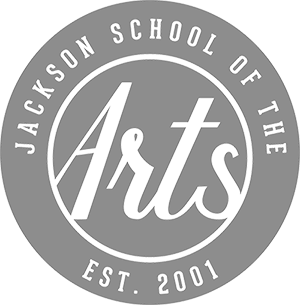