The JSO perform Beethoven’s 3rd Symphony, which was written as Beethoven began to reconcile the loss of his hearing. The work marks a turning point for Beethoven and is considered by many to be his best symphony! We open the program with Bartók’s rousing Romanian Folk Dances followed by Mozart’s whimsical Second Flute Concerto featuring JSO principal flutist Richard Sherman. Come hear the JSO on this program of Classical favorites. 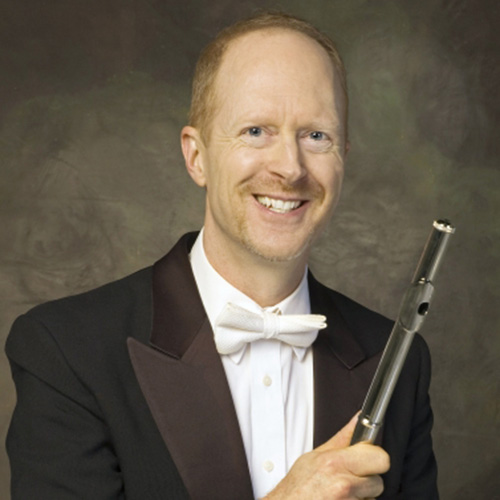 Richard Sherman is professor of flute at the Michigan State University College of Music.

Internationally, Sherman has given master classes and recitals in Australia, Brazil, Taiwan, Uzbekistan, Ireland, and Puerto Rico. He also leads a Michigan State University study abroad course in Ireland at the Royal Irish Academy of Music in Dublin which has proven a transformative experience not only for flute students but other student musicians as well. In summers he serves as Head of Winds, Brass, and Percussion at the Chautauqua School of Music. In the Lansing area, Sherman is the founding artistic director of the Absolute Music Chamber Series in Old Town, a nonprofit organization which presents eclectic interactive outreach concerts. He is also the artistic director of the Lansing Symphony Chamber Series under the auspices of the Lansing Symphony Orchestra.