Can’t make it to the show?

Jonathan Bruce Brown
Morning, Too, Shall Come <2022>
This, Too, Shall Pass is dedicated to the brave people of Ukraine, whose struggle has captured the hearts of so much of the world. The music also laments a time when people seem full of mistrust and unwilling even to listen to opposing points of view. I hope and believe this dark night of antipathy and misinformation will give way, over time, to a new dawn of mutual respect and meaningful conversation.

This piece is dedicated to the people in Ukraine and features images related to the current climate.

Read more in our program

Maurice Ravel
La Valse <1919–1920>
La Valse has been described as a tribute to the waltz; the composer George Benjamin, in his analysis of La valse, summarized the ethos of the work: “Whether or not it was intended as a metaphor for the predicament of European civilization in the aftermath of the Great War, its one-movement design plots the birth, decay and destruction of a musical genre: the waltz.”

Richard Addinsell
Warsaw Concerto <1941>
William Westney, Piano
The Warsaw Concerto is a short work for piano and orchestra by Richard Addinsell, written for the 1941 British film Dangerous Moonlight, which is about the Polish struggle against the 1939 invasion by Nazi Germany. The concerto is an example of programme music, representing both the struggle for Warsaw and the romance of the leading characters in the film.

Dmitri Shostakovich
Symphony No.5, op.47, D minor <1937>
The Symphony No. 5 in D minor, Op. 47, is a work for orchestra composed between April and July 1937. Its first performance was on November 21, 1937, in Leningrad by the Leningrad Philharmonic Orchestra. The premiere was a “triumphal success” that appealed to both the public and official critics, receiving an ovation that lasted well over half an hour. 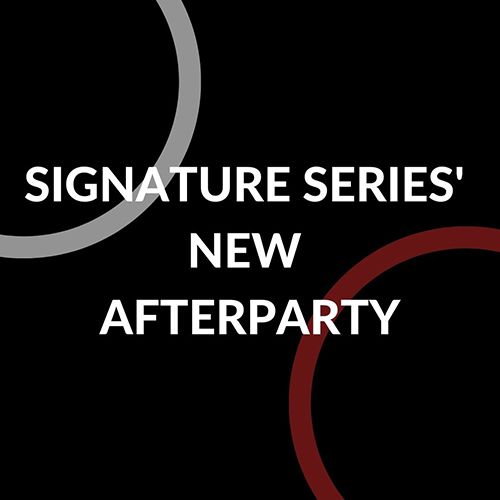 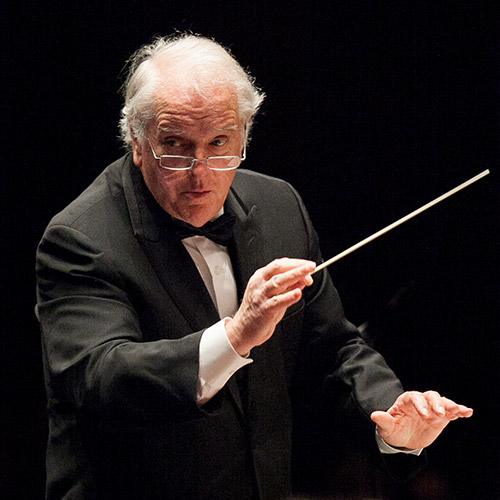 Maestro Stephen Osmond’s triumphal 40 years as music director of the Jackson Symphony Orchestra set a high standard as one of the longest tenures for any conductor in the history of American orchestras. Over four decades, his leadership was consistently distinguished by musical excellence for the orchestra and forward-thinking vision for its programs and facilities.

Maestro Osmond followed a rich and varied path to Jackson, including hundreds of performances from France to China to cities all over the United States.

More
Growing up on the North Shore of Chicago, he attended New Trier High School and had leading roles in musical theater productions there. During his undergraduate education at Northwestern University, Osmond conducted musicals and participated in summer conducting workshops with Robert Shaw.

While completing his Master’s Degree in music at Yale, he directed or performed with talented fellow students including Meryl Streep and Sigourney Weaver, as well as renowned professionals such as Kurt Kasznar and Carmen de Lavallade. His mentors included three of the five principal European emigres who brought their traditions to America in the second half of the Twentieth Century: Gustav Meier, Otto-Werner Mueller, and Herman Genhart.

Early in his professional career, Maestro Osmond established himself as a creative programmer who engages orchestras and audiences alike in music from all eras, but especially the Twentieth Century. His collaborations with Louis Magor, Gustav Meier and Michael Tilson Thomas led to the creation of Westboro Music Festival near San Francisco. In the Chicago area, he was the founder and first director of the North Shore Theatre Company. Maestro Osmond was also a guest conductor for orchestras in the Midwest and on both coasts, including the Amadeaus Chamber Orchestra, the Albany Symphony, and the Westboro Festival Orchestra. He held professorships at SUNY Albany and the University of Michigan. At Michigan, he was conductor and music director of the University Philharmonia Orchestra and Contemporary Directions Ensemble, with performances at venues including New York’s Carnegie Recital Hall.

He became music director of the Jackson Symphony Orchestra in 1977 and held that post until retiring 2017. Guided by Maestro Osmond’s artistry, professionalism, and passion, the JSO reached artistic and educational goals that were transformative. Under his leadership, a valued and respected amateur community orchestra developed into one of the finest regional orchestras in the Midwest.

Maestro Osmond decided that if he wanted the Jackson community to support his orchestra, he should support the community. He served on six boards of directors, including eight years on the local school board (seven as either president or vice president), and five years with the Chamber of Commerce.

Thanks to Maestro Osmond’s firm conviction that education is critical for the future of classical music, particularly orchestral music, in 1992 the Jackson Symphony Orchestra became one of the first community orchestras in the country to establish a Community Music School. He was an early creator of other educational programs including the Pied Piper program, String Teams, The Family Music Fair, the Community String Ensemble, Back Stage Glimpses, and various lecture series.

As executive director as well as music director of the JSO, Maestro Osmond demonstrated management expertise best exemplified by 38 years without a single budget deficit.

Twice he led successful fund drives to create a beautiful headquarters for the JSO, a space Maestro Osmond helped to design. Raising more than $4 million, the orchestra renovated a former downtown store structure to provide rehearsal and performance space for the orchestra, as well as offices and classrooms for its programs and for other Jackson performing arts groups. Orchestras in communities 20 times the size of Jackson have nothing comparable to the JSO building.
More information about Maestro’s Stephen Osmond’s achievements with the Jackson Symphony Orchestra is available in the booklet “The Osmond Years.” 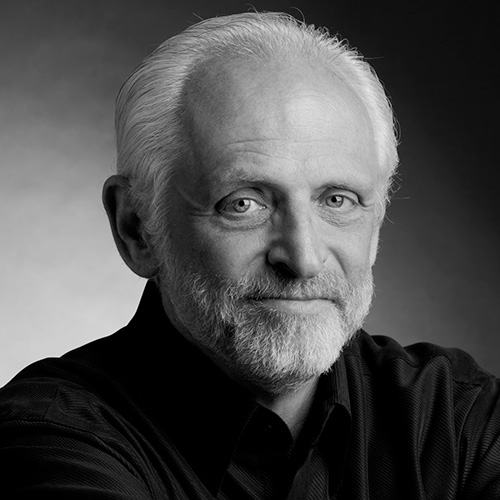 Pianist WILLIAM WESTNEY was the top piano prizewinner of the Geneva International Competition, and he appeared thereafter as soloist with such major orchestras as l’Orchestre de la Suisse Romande and the Houston, San Antonio and New Haven Symphonies. He holds a Bachelor of Arts degree from Queens College in New York and a Masters and Doctorate in performance from Yale University, all with highest honors. During Fulbright study in Italy he was the only American winner in auditions held by Radiotelevisione Italiana. Westney has given recitals on four continents, and his playing has been described by reviewers as “riveting” (N.Y. Post) and “refreshing” (Straits Times, Singapore). Critics have praised his recordings for CRI and Musical Heritage Society, and Newsweek magazine selected his CRI album of Leo Ornstein’s works as one of its “Ten Best American Music Recordings” of the year. His first book, The Perfect Wrong Note, was published by Amadeus Press in 2003 to critical acclaim and has sold over 60,000 copies worldwide.

More
An eminent educator, Westney holds is Distinguished Professor Emeritus at Texas Tech University; he is the recipient of major teaching awards both at the university and nationally. During Westney’s term as Hans Christian Andersen Guest Professor at the University of Southern Denmark he gave recitals and presentations throughout Denmark, Iceland, Finland and Norway, and he also taught in Korea and China under a Fulbright grant. He teaches in the summer at the InterHarmony Festival in Italy and Germany. 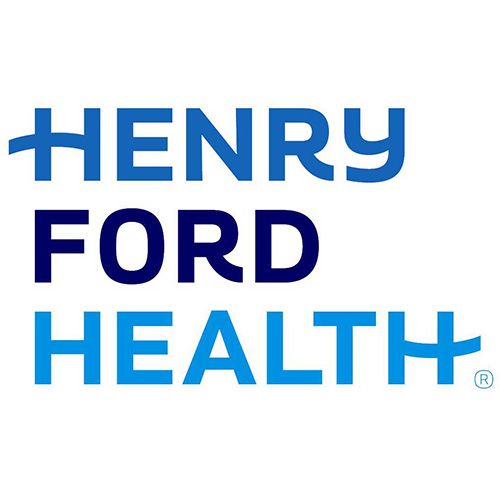 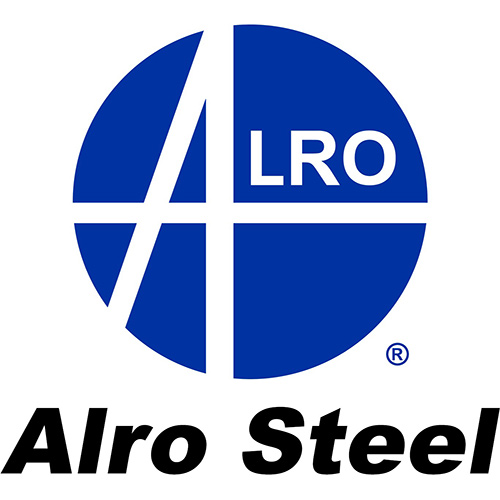 The Friends of the Maestro