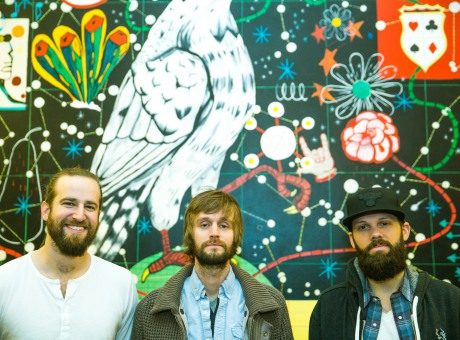 On Saturday, April 23, at 8:00 PM, Chicago’s, Fort Frances will play a concert at Weatherwax Hall (The Wax), the Jackson Symphony Orchestra’s Performing Arts Center in downtown Jackson. Tickets are $15 in advance or $18 at the door. Doors for this performance, which is generously sponsored by the Jackson Symphony Guild will open at 7:30 and refreshments including a cash bar will be available. The Wax is locate at 215 W. Michigan Avenue in downtown Jackson.

To understand Fort Frances’ “Alio” — pronounced ah-low — you have to start with a cover of a 1991 Will Smith song. Three years ago, the Chicago-based trio parted ways with their indie rock roots to record their own take on the hip hop classic “Summertime.” With a smooth bed of 808s and hand claps, the song made the rounds on lists of must- download summer songs and landed the band on Comedy Central’s Tosh.0.

But the American reception to the song paled in comparison to an unlikely spot on the map: Lithuania. While the band continued to wage the American DIY-band battle for attention at small club shows around the US, the situation was much different in the former member of the USSR. The band had become a household name, and the song’s accompanying video had racked up more than one million views. “We started to get all these messages from fans in Eastern Europe about how much they loved the song,” lead singer David McMillin says. “We really didn’t think that we were catching on somewhere halfway around the world.”

Fast forward to 2015, and there was a big reason to start to believe their own hype: the US Embassy in Lithuania offered to bring Fort Frances to Vilnius, the Lithuanian capital, to headline one of the city’s biggest summer festivals, Loftas Fest. The lineup included Mercury Prize-winning Young Fathers and XL/Terrible Records rapper Le1f. “Here we are, this unknown band with our name alongside some of these huge artists from around the world,” bassist Jeff Piper says. “I didn’t even believe we were going until we were on the plane.”

When the band touched down, they stepped into a scene reminiscent of Rodriguez discovering his fans in “Searching for Sugar Man.” The band’s name was plastered on billboards and street signs. They appeared on “Good Morning, Lithuania.” They headlined the sold-out opening night of the festival. It was clear the band had found a second home. “Our week in Lithuania was one of the most rewarding times of my life,” McMillin says. “You start playing music in a garage without a clue of where it can take you. I never would have expected the road could lead us to a stage in the former Eastern Bloc.”

That same road brought them back home to put the finishing touches on a new full- length album with Sam Kassirer (Josh Ritter, Lake Street Dive) in a studio tucked away in the woods of Parsonsfield, Maine with a refreshed outlook on creative exploration. The New England retreat gave the band an opportunity to cross into unfamiliar sonic territory. “There are moments on this record I never would have imagined we would have been able to make a few years ago,” drummer Aaron Kiser says.

The crunchy guitar-monies layered behind the falsetto phrasing of “Take the Wheel”, the marimba-sub synth combo of “Everything is Starting to Make Sense”, the frantic pacing of “The Light Years” — this cast of songs puts the spotlight on a band that is growing increasingly comfortable with loosening its roots in the past. “Memories are not meant to be kept inside a frame, so before we drive out to the coast tonight, I will drive myself insane,” McMillin sings on lead single “Building A Wall.”

“Over the past year, I feel like we’ve taken some big steps for the band,” McMillin says. “The time overseas helped us open the door to welcome a world of new possibilities.” When it came time to choose a title the album, the choice was clear. “Alio” is Lithuanian for hello. 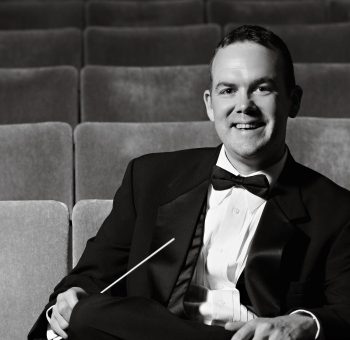