The JSO Presents: The Maestro Returns

The JSO Presents: The Maestro Returns

The Maestro was set to return more than two years ago. But the long delay since then has him excited about and anticipating an upcoming Jackson Symphony Orchestra concert.

Conductor Laureate Stephen Osmond, who retired in 2017 after a 40-year career with the Jackson Symphony Orchestra, will conduct the orchestra in its first concert of the 2022-23 season. “The Maestro Returns” is scheduled for 7:30 p.m. Oct. 1 at the Potter Center on the campus of Jackson College. It will include Shostakovich’s 5th symphony and La Valse by Ravel

in a concert that was originally scheduled for March 21, 2020 but was canceled at the last minute due to the onset of the COVID pandemic.

“I was really ready to go,” Osmond said, “and then three days before the first rehearsal the Potter Center closed. But the music is rich enough to keep my interest and expand my understanding of the scores.”

The delay has made the inclusion of Shostakovich’s Fifth Symphony even more timely.

“Shostakovich’s Symphony #5 is considered to be one of the finest examples of a 20 the Century Symphonic form with the drama, pathos, irony, humor and imagination it always has been known for,” Osmond said. “A few years ago, it was a political ‘apology’ to a tyrannical despot, Joseph Stalin, the leader of the newly formed Soviet Union in 1922 until his death in 1953. Today, with the war in Ukraine, those behaviors and goals are quite present, reflecting an era previously thought, if not impossible, at least unlikely for resurgence.”

La Valse is another of Osmond’s favorites.

“La Valse by Maurice Ravel is a gem and so much more than a waltz,” Osmond said. “The orchestration is nothing short of brilliant and the stories accompanying the creation of the work involve intrigue not usually associated with classical music.”

Since leaving his position at the JSO five years ago, Osmond has become a grandfather of three. He and his wife, Melissa, relocated to Annapolis, Maryland, a short drive from two grandchildren who live in Bethesda. Another grandchild lives in Amsterdam, which has led to four trips to Europe in a 12-month span. Stephen and Melissa do pre-concert lectures for Annapolis Opera Company productions. Melissa serves on the board and Stephen does some consulting work.

But on Oct. 1, Osmond will be a familiar face in a familiar place for longtime supporters of the Jackson Symphony Orchestra.

“What I’m looking forward to the most is the music,” he said, “but also being with friends in the orchestra and the audience, many of whom I’ve known for more than 40 years.”

Tickets are available for $20 to $35 through the Jackson Symphony Orchestra website at jacksonsymphony.org. A free, interactive lecture will be held at 6:30 p.m. prior to the start of the concert. 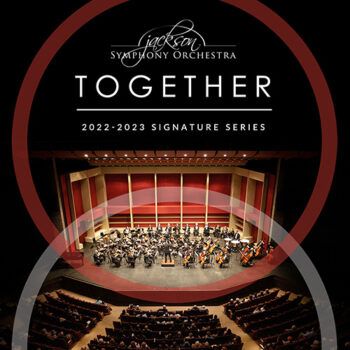