On April 29th, 2017, Maestro Stephen Osmond—the Jackson Symphony Orchestra’s Music Director for the past 40 years—will conduct his final concert at 7:30 p.m. in the Potter Center on the campus of Jackson College. The concert is generously sponsored by Spring Arbor University.

Maestro Osmond’s tenure with the JSO is one of the longest in the history of American orchestras. Titled Full Circle, the evening will feature the music of Strauss—both Richard and Johann Jr.—and Vaughn Williams. Fittingly, the night will conclude with the first piece he conducted with the Orchestra 40 years ago—Beethoven’s Symphony #5.  Soloists include concertmaster Xie Min, as well as Jesus Alfonzo, Richard Sherman, Emily Douglass and Jan Eberle.

Following the concert, the audience is invited to attend a Champagne Reception sponsored by Friends of the Maestro, where they will be able to converse with Maestro Osmond, the soloists and members of the orchestra.

Attendees are also invited to a pre-concert program titled Backstage Glimpses hosted by resident composer J. Bruce Brown who provides insight into the evening’s music in a relaxed atmosphere.

A graduate of Yale University, Maestro Osmond held professorships at the University of Michigan and the State University of New York at Albany before moving to Jackson with his wife Melissa—herself a talented operatic soprano—to become its first resident conductor.  Over the span of some 400 concerts he succeeded in bringing to Jackson internationally-renowned soloists including Grant Johannesen, Ralph Votapek and Ian Hobson, as well as jazz great Dizzy Gillespie and actor/narrator Ed Asner among others.  He also broadened the scope of performances to include ballet and opera, the latter often featuring his wife.

Convinced from the start that music must be an integral part of the community, the Osmond’s worked tirelessly to make that vision a reality. That drive was first manifest in 1991 with the founding of the JSO Community Music school which has provided group and private instruction to thousands of students—both young and old.

Working with community leaders, Maestro Osmond also spearheaded the establishment of a 20,000-square-foot combination rehearsal, performance, education and office facility in the heart of downtown Jackson. The facility is now home to not only the JSO but the Jackson Youth Symphony, Jackson Chorale, Community Music School and the Michigan Shakespeare Festival as well. 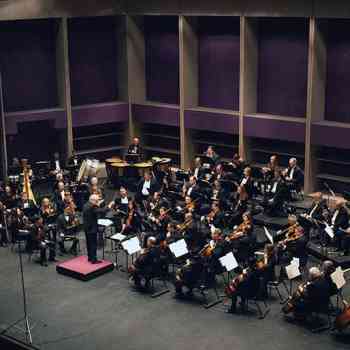 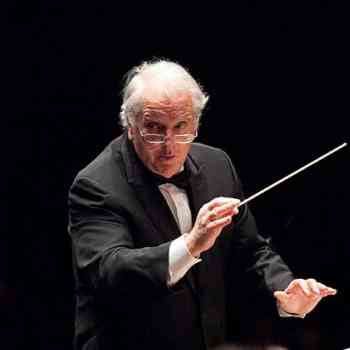